In the Small Courtroom of the Peace Palace hangs this full-length portrait of Czar Nicholas II in gold-plated frame. Czar Nicholas II is portrayed on a gray neutral ground and he wears a dark green double breasted officer’s coat. A similar uniform was worn by the Tsar’s entourage between 1880 and 1900.

Russian Czar Nicholas II (1868-1918) was the initiator of the First Hague Peace Conference of 1899 in The Hague, which brought together world leaders from 26 countries to discuss disarmament and the possibility of international justice. This led to the establishment of the Permanent Court of Arbitration that would work to prevent war; and to the establishment of the Peace Palace that would house this court. The Permanent Court of Arbitration received this painting as an supporting gesture. 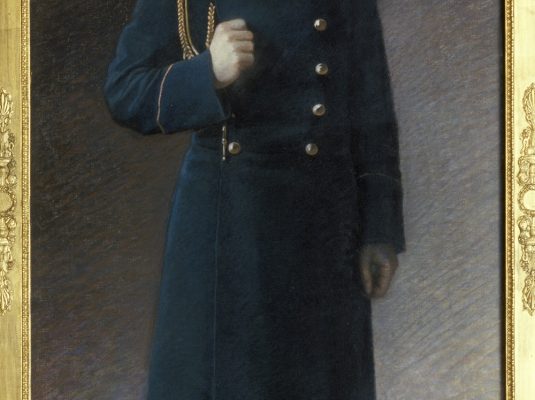 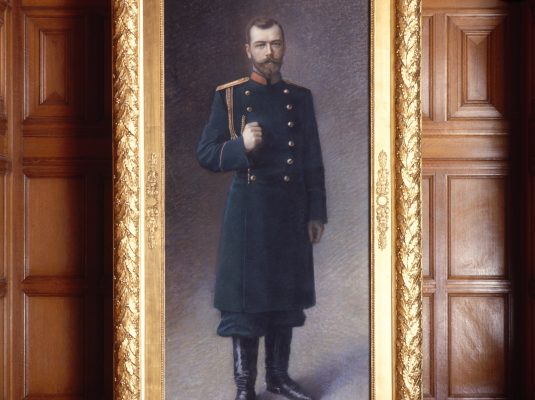 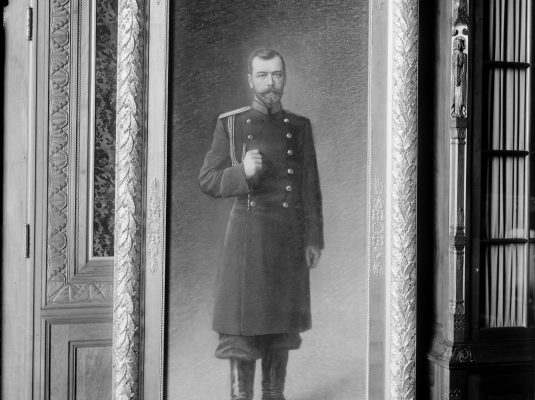