Three canvasses of the famous painter Gérard de Lairesse (1640-1711) adorn the ceiling in the Bol room of the Peace Palace. The paintings, forming a Triptych, were originally painted for the reception room of a stately regent’s house on the Herengracht in Amsterdam. In 1903, the paintings appeared at an auction. The auction catalog praised the canvases as a Triumph of Peace. This was, of course, a wonderful theme for the newly built Palace of Peace, and the canvases were therefore immediately purchased by the Carnegie Foundation. The three ceiling pieces depict Unity, Freedom of Trade, and Protection from Danger fighting together against all kinds of enemies of the city of Amsterdam and the Republic. These allegorical figures relate directly to the political ideas of the commissioner: the famous and notorious former mayor of Amsterdam, Andries de Graeff. 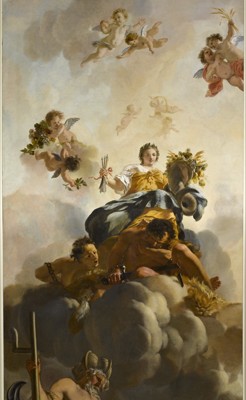 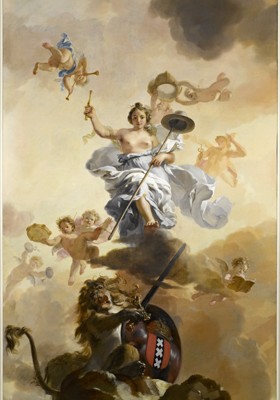 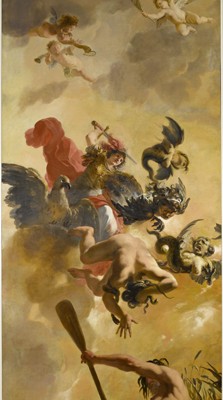