Andrew Carnegie (1835 – 1919) is portrayed in his library in New York holding a book in his hand, a sculpture of the Statue of Liberty is standing on the table next to him. The portrait is located on in a gold-plated frame in the boardroom of the Peace Palace.

Andrew Carnegie was a wealthy Scottish-American businessman and philanthropist. He considered war to be the worst stain on civilization and was convinced that war could be prevented through an international arbitration system. He therefore made $ 1.5 million available for the construction of the Peace Palace, which would serve as the seat of the Permanent Court of Arbitration.

Please click on the picture in the gallery to enlarge it. 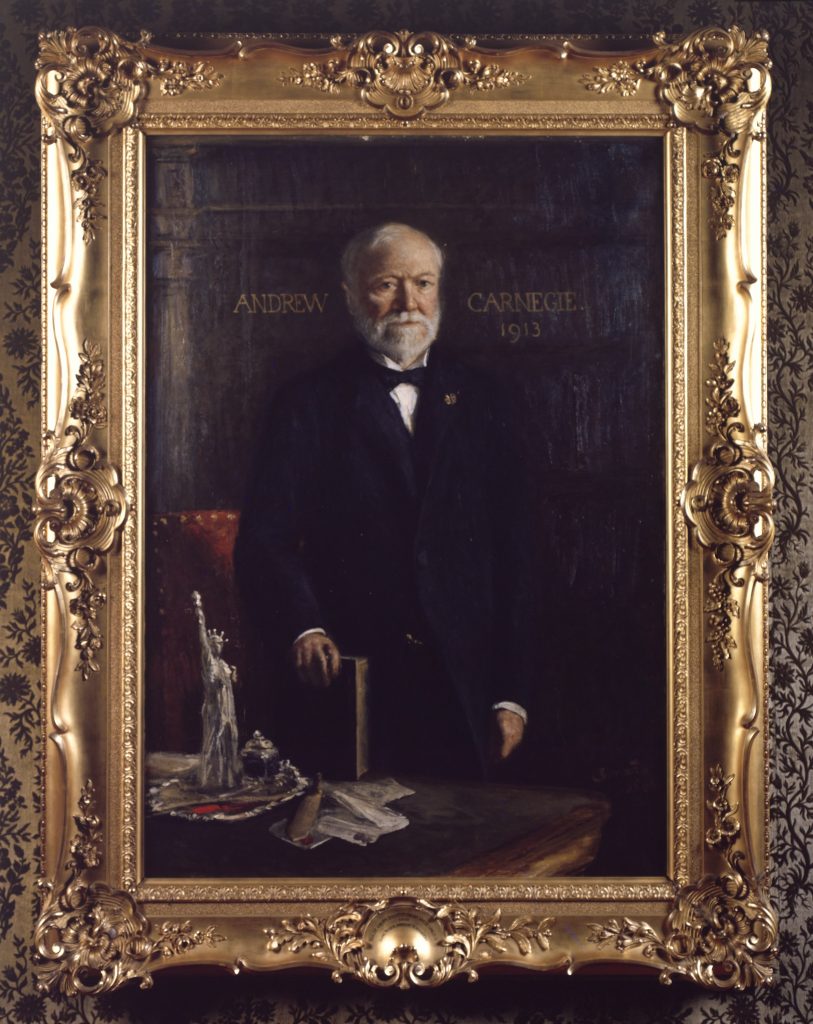