The Eagle has landed

A more than two meters high statue of an eagle has been in restoration for many years. In the 70’s it first was completely restored when it was broken in two parts during building works and was again badly damaged over ten years ago. But now the eagle is back in good shape and placed at a wonderful location near the pond in the garden of the Peace Palace. But what exactly is the story behind this fierce looking animal?

Ceramist and sculptor Willem Coenraad Brouwer from Delft was a specialist in pottery and small animal figures and started experimenting with larger statues in the beginning of the 20th century. Brouwer developed a terracotta product which was perfect for the decoration of monumental buildings and capable of enduring all sorts of weather conditions. One of his first assignments was given by J.A.G. van der Steur, the Dutch architect of the Peace Palace, to decorate the court yard of the Peace Palace. But to be one hundred percent sure that the terracotta would endure all weather conditions Van der Steur asked Brouwer to first produce one larger statue that would later be used as part of the decoration. After almost a year the eagle had passed the weather test and Brouwer was given the important assignment to produce several decorative terracotta elements in the court yard of the Peace Palace. The area was adorned with all kinds of bird figures as turkeys, doves and pea cocks. Brouwer also produced a larger plaque with an elephant, cow, buffalo, kangaroo and camel representing the five continents of the world, very appropriate for the Peace Palace as an international building.

The eagle was however never used as a decorative element in the court yard but it was placed in the garden as a stand-alone statue. The artist also mentions the eagle in his personal memoires, saying that the eagle is located in the garden of The Peace Palace “as a courtesy to the United States of America”, but as we know from our archives this was not the original function of the eagle. But nonetheless the eagle is proudly standing in its best shape in a beautiful spot in the garden. 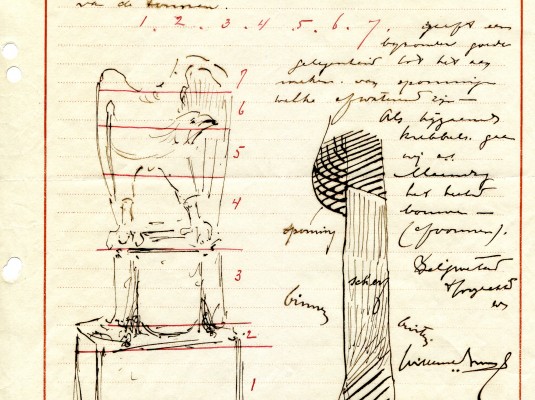 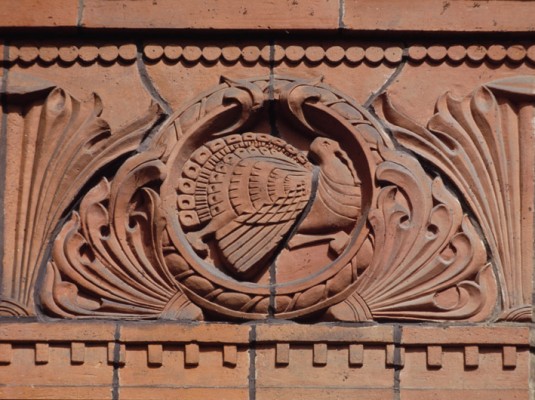 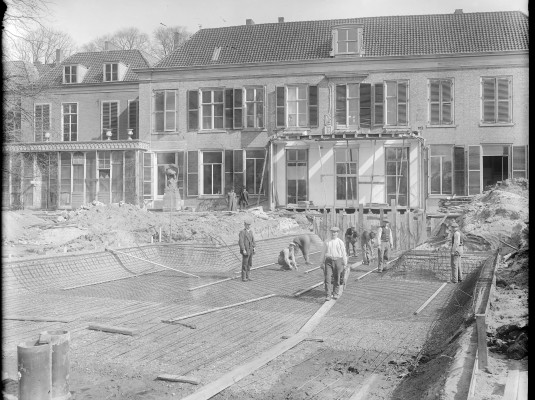 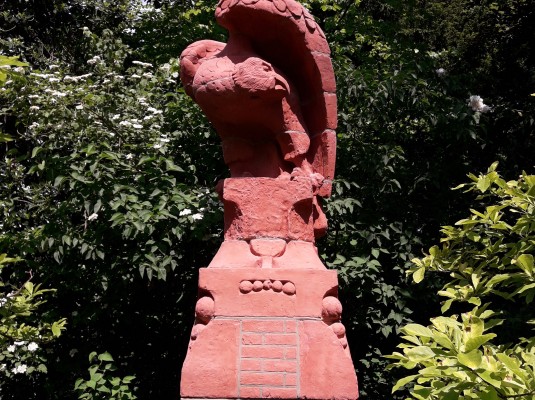