On 28 September 1909 Arnold Krog, the artistic director of the Royal Danish Porcelain Factory, left his rooms in Hotel Des Indes for the Peace Palace carrying the design of a fountain. He informed the executive architect of the Peace Palace and the Carnegie Foundation that this would be the Danish gift to the Peace Palace. This design included porcelain statues of polar bears and sea lions designed by Carl Bonnesen and a border of red granite. In 1914 the fountain was completed in the Copenhagen factory and proudly displayed at a Baltic exhibition in Malmö, Sweden.

However, as a result of the start of World War I the fountain could not be delivered to the Peace Palace.  For economic and organisational reasons, it would take until 1920 before the fountain could be transported by ship to The Netherlands. The shipment consisted of 68 crates of porcelain elements and 37 crates of granite elements. The fountain was finally put together in 1923 and on 28 October the Danish envoy A. Nörgaard officially switched on the fountain.

The Danes, soon warned for the upcoming winter: if temperatures dropped to zero centigrade or below, the pipes could freeze and damage the fountain. A fear that later proved well-founded. After a couple of years, the fountain’s porcelain showed more and more cracks.  World War II added further damage to the fountain. During the famous attack by the Allied Forces on the municipal register that was situated across the Peace Palace, a small piece of a granate hit one of the sea lions. From then on, the fountain’s condition deteriorated quickly.

In 2004 a large restoration project started which took about 2,5 years. Altough the fountain is now in a good state the fountain has to be covered during winter time. 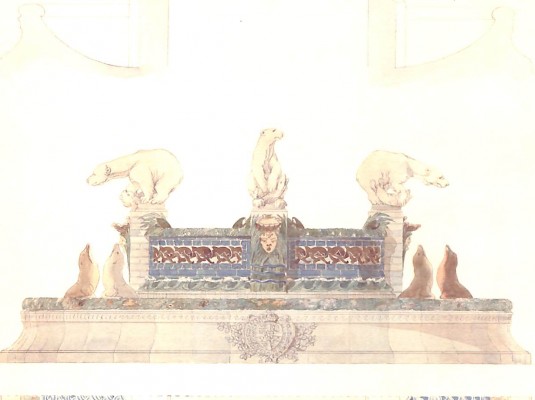 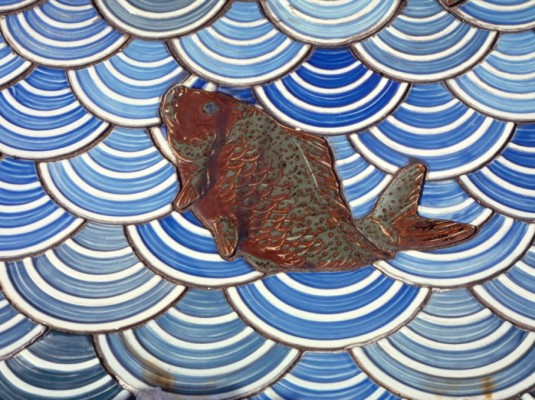 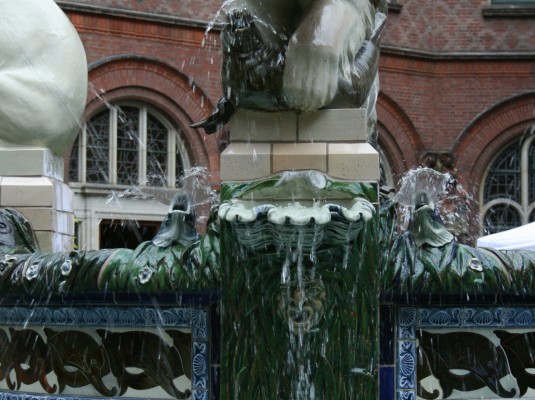 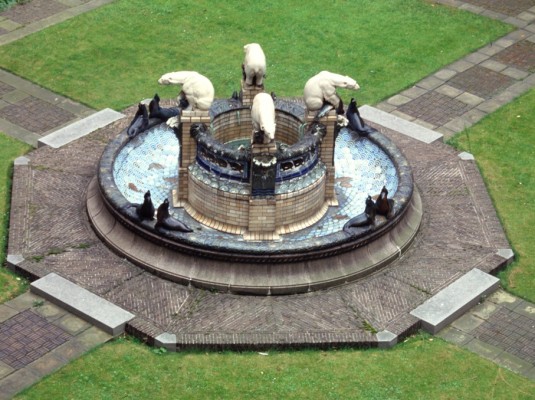 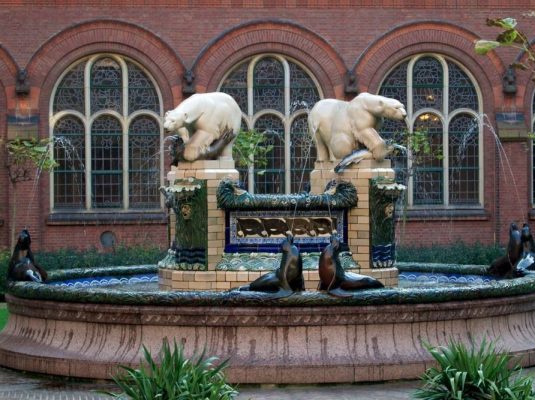