The commemoration of Operation Market Garden on 17 September 2019 marked the start of the series of events throughout the Netherlands on the occasion of 75 years of liberation after World War II. This year, on 24 October, the world will celebrate the establishment of the United Nations in 1945, followed next year by the 75th Anniversary of the International Court of Justice on 18 April 2021.

Unfortunately, the COVID-19 pandemic forcibly saw many events cancelled since the national outbreak in March. The National Remembrance Day as well as Liberation Day on the 4 and 5 May for example, were scheduled to be commemorated and celebrated in many places in the country, including the Peace Palace. Instead, we remembered in solitude by laying of a wreath at the memorial site in front of the palce.
The Peace Palace, however, is and always will be a place of hope and inspiration and we intend to continue to convey this message in various ways, including our events. 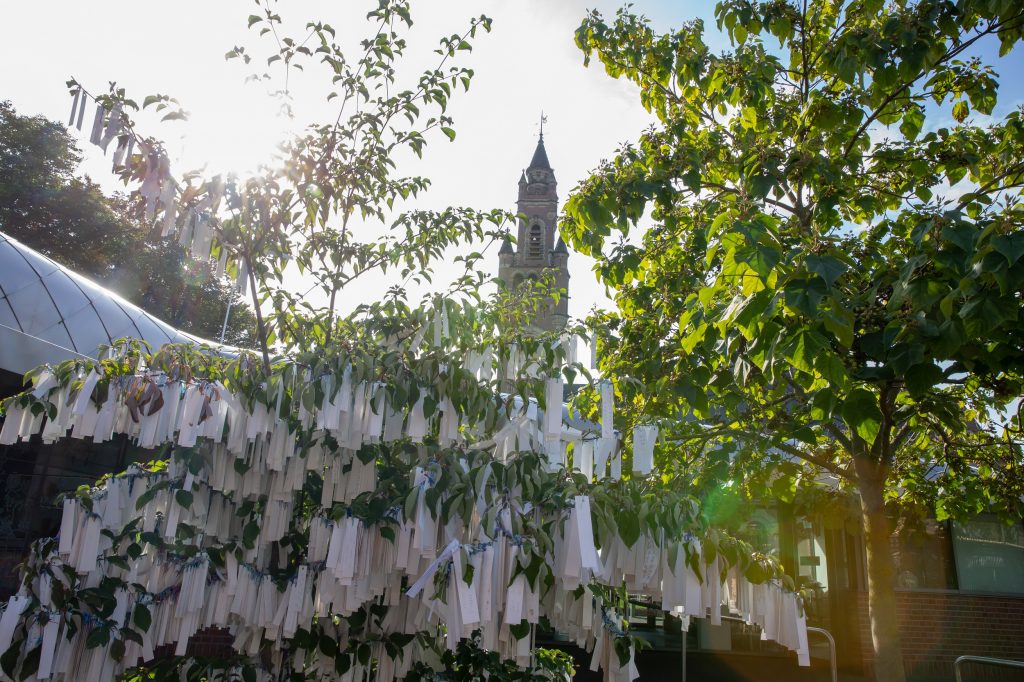 We are currently exploring the possibilities with potential funders and partners to offer a wide range of “hybrid” (e.g. online and offline) events, constructed in such a way that the 1,5 meter distance as instructed by the Dutch government will be safeguarded and the safety of our employees and visitors is protected.

Subject to COVID-19 pandemic developments, the following events are currently being organised:

Nelson Mandela: Global Hero of Peace and Freedom, 18 July
The United Nations declared 18 July as Nelson Mandela International Day to recognize the birthday of South Africa’s former President and his outstanding contribution to a culture of peace and freedom. Nelson Mandela is a global hero who showed extraordinary resilience, vision, forgivingness and leadership to fight for a peaceful and free world. His legacy extends far beyond the borders of South Africa, as he rallied for peaceful solutions to conflicts in many areas of the world.  The Carnegie Foundation – Peace Palace and the South African Embassy in the Netherlands will commemorate Mandela by celebrating his legacy at the Peace Palace.  This event will serve as a precursor to a symposium which will be organised in December/early 2021.

The Art of Peace Garden Tour 18 September – 26 September
Art can have a powerful effect on people. It does so much more than satisfy our inner aesthete. It can be a way of changing the way we perceive others and the world around us. During a time where the arts and culture is facing insurmountable pressure and the public is seeking new ways to enjoy their pastime, the Art of Peace Garden Tour will offer a one of a kind, artistic experience through the magnificent gardens of the Peace Palace. Visitors will hear about the history of the Peace Palace, following a designated route while learning more about the importance of the institutions housed in the palace, reflecting on the past and present, touching upon war & peace, “Peace through Law” as well as sharing the philosophy behind our beautiful garden. The Art of Peace Garden Tour is scheduled to take place during the Just Peace Festival.

The Hague International Open Day – 20 September
The Peace Palace will open its doors on the 20 September on The Hague International Day. The public will be offered the unique opportunity to enter the premises where they will learn more about the vital work of the institutions housed in the palace. The Peace Palace serves as the beating heart of the city of Peace and Justice. The aim of this event is to translate the message and importance of “Peace through Law” to the general public as well as offering a behind-the-scenes look at the various institutions housed in the Peace Palace.

Lecture: Andrew Carnegie and the Early Movements toward Multilateralism – around International Day of Peace
This (online) lecture will focus on Andrew Carnegie’s thought and philanthropy and to examine his contribution to the history, development and contemporary practice of multilateralism. During his time, the world endured various crises, such as war, protectionism, the Spanish Flu pandemic, crumbling empires, economic depression and the rise and fall of the League of Nations. It was this period of crisis that gave way both to the Second World War, and to a recrudescent multilateralism that paved the way for the United Nations and the post-war international order.