The international volunteer-led youth organization “The Peacebuilding Project” that has initiated various peacebuilding activities such as the Rohingya Literacy Program, is the winner of the 2021 Youth Carnegie Peace Prize. The Carnegie Foundation – Peace Palace and the Youth Peace Initiative (YPI) award this biennial prize to young peacebuilders to give recognition to their work and encourage young people to start peacebuilding processes.

What started in 2017 as research at the University of Chicago has now grown into a successful international organization. A volunteer-led organization that promotes a culture of peace, education and understanding. “The Peacebuilding Project” provides a wide range of practical assistance and support in conflict regions, for example for Rohingya refugees who had to flee from Myanmar to India. As part of their “Rohingya Literacy Program” in New Delhi, volunteers from the project teach young children language and computer skills to, as Rhea Mahanta, founder of The Peacebuilding Project, says, “pave a doorway to stable education.” By doing so, they are actually building bridges for the next generation.

Out of all worldwide video submissions the jury received, it selected the Peacebuilding Project as laureate of the 2021 Youth Carnegie Peace Prize due to the complexity of its activities: “It is a symbiosis of scientific research and active efforts on the field. It offers online platforms, but at the same time, the project’s volunteers personally visit local communities that do not have access to the internet. The projects aim is not only to prevent or resolve conflicts, but also to face conflicts, give them a name and try to transform them.” In addition, the starting point of the Peacebuilding Project reflects its focus on dialogue and cooperation; according to Rhea Mahanta, it is not “us versus them”, but always “us versus the problem”.

Award Ceremony
As the 9th of December marked the sixth anniversary of the UN Security Council Resolution 2250 on Youth, Peace and Security, the municipality of The Hague, the YPI and the Peace Palace chose this significant date to award the 2021 Youth Carnegie Peace Prize. The ceremony took place in the Great Hall of Justice of the Peace Palace, which is the courtroom of the United Nations International Court of Justice. Since the award ceremony was organized in a hybrid format, speakers from both The Hague, such as Saskia Bruines, Deputy Mayor of The Hague and Alderman for International Affairs, as well as online speakers contributed to the event. Ali Altiok and Irena Grizelj, authors and researchers of the UN-report “We Are Here: An integrated approach to youth-inclusive peace processes” delivered a valuable keynote speech on the role of youth. Virtual guests from around the world were able to join the award ceremony via a live stream from the Peace Palace.

Youth Carnegie Peace Prize
Education and peace are, according to Andrew Carnegie, founder of the Peace Palace, the most important conditions for both personal and social development. It is precisely the young generation that has a crucial role to play in the field of education and peace. For this reason, the Carnegie Foundation – Peace Palace and Youth Peace Initiative, in 2018 for the first time, launched a video competition to collect best practices from young peacebuilders and to put the spotlight on them. The Youth Carnegie Peace Prize gives recognition to the work of young peacebuilders and aims to inspire and encourage others to start their own projects.

The award ceremony of the Youth Carnegie Peace Prize 2021 can be watched here:

These photos can be downloaded for media purposes: 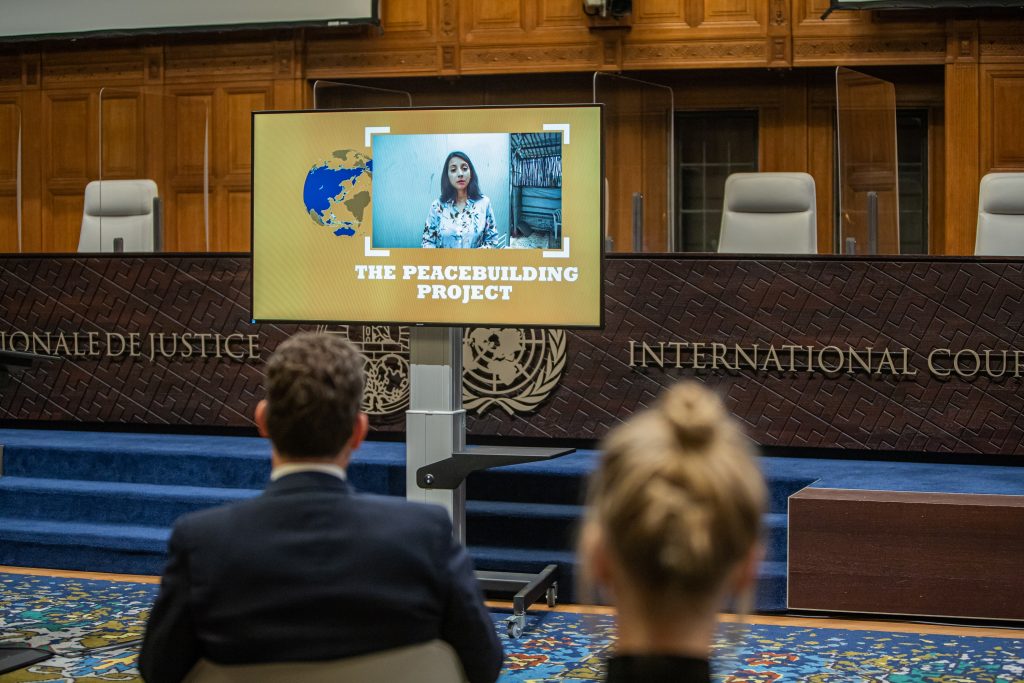 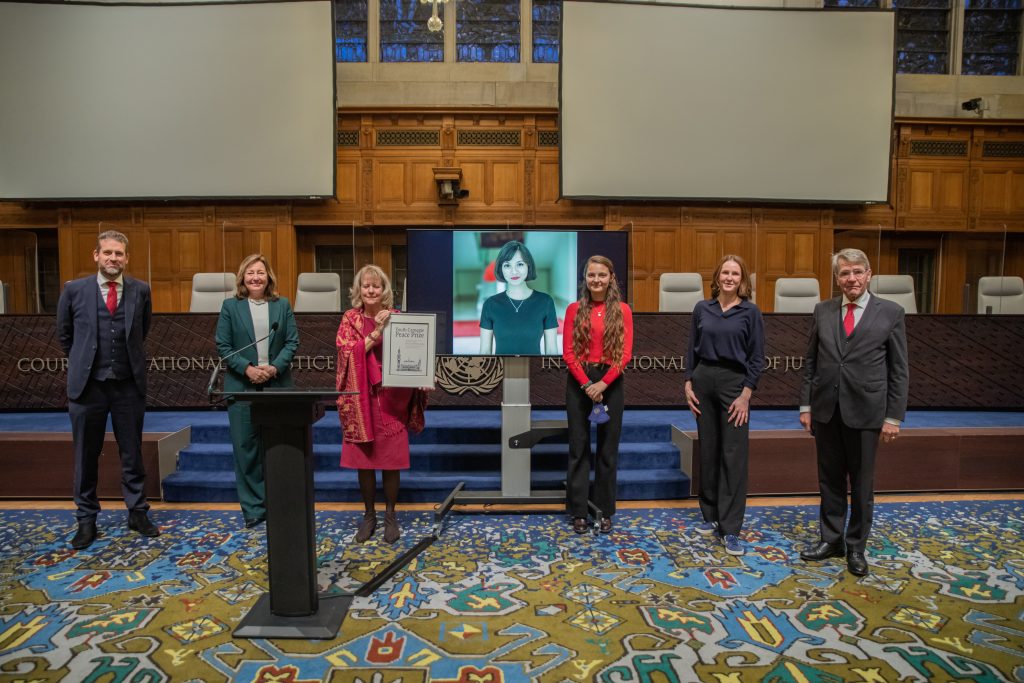