The Carnegie Foundation is grateful for Dr Bot’s outstanding dedication and commitment to the Peace Palace since 2007. Under the chairmanship of the former Minister of Foreign Affairs, the Peace Palace has built a new visitors’ centre for tourists, restored the Great Hall of Justice in which the United Nations’ International Court of Justice holds its hearings, and renovated the Judges’ Building. 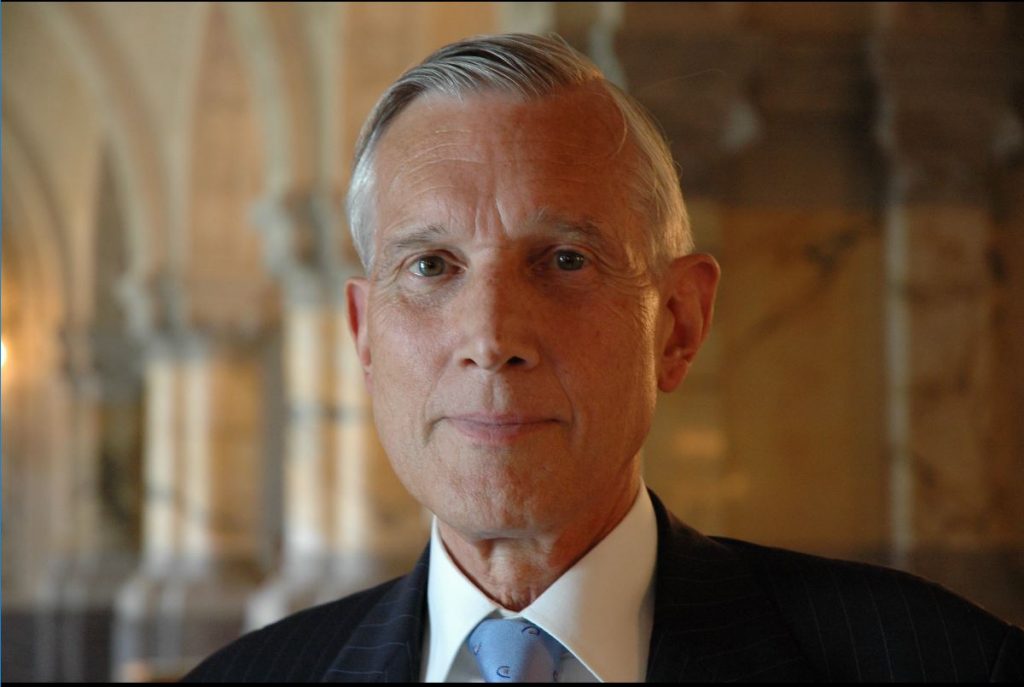 Mr Bot has also championed the preservation of the renowned Peace Palace Library, which is managed by the Carnegie Foundation and serves the many international organisations based in The Hague, the international city of peace and justice. The Peace Palace is now preparing for the renovation of its main building. During these works, it is vital that its institutions – including the Permanent Court of Arbitration for which the building was originally constructed– are able to continue their work fostering peace in the world through the rule of law.

It was also under Dr Bot’s leadership that The Hague Academy for International Law decided to offer winter courses at the Peace Palace for students from more than 100 countries. In addition, the co-operation of the Carnegie Foundation Peace Palace with the other Carnegie institutions around the world has recently been strengthened by jointly organising the Carnegie Peacebuilding Conversations. And in the spirit of Andrew Carnegie, the foundation is working with today’s philanthropists on partnerships for a peace agenda.