In celebration of The First Peace Conference held in The Hague in 1899, the Royal Manufacturer of Pottery Rozenburg produced a collection of five Peace Vases richly decorated with Jugendstil ornaments, flowers and leaves. The vases were made for the World Exhibition of 1900 in Paris, where they were admired by many. Until half a century ago, the vases were located in Amsterdam, until it was decided to grant them a special place in the Peace Palace. The multicolored pottery has been decorated by hand, and all vases bare decorations with a reference to the Hague Peace Conference of 1899. Three vases are covered by a Russian dome-like lid. On these vases important locations are portrayed. Huis ten Bosch was the location where the conference was held, the Vijverberg in The Hague where the Dutch Parliament is seated, and the Groenburgwal in Amsterdam as an indication to the capital city of the hosting country.The other two vases have a more slender shape and are decorated with initials. The letter ‘W’ is an indication to Queen Wilhelmina, the hostess of the Peace Conference. On the other vase ‘N II’ is shown, referring to Czar Nicholas II, the initiator of the Peace Conference. 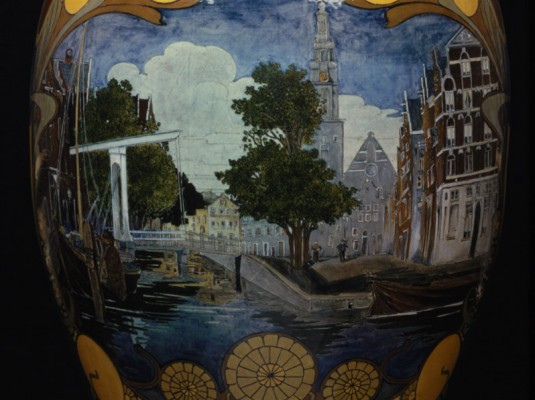 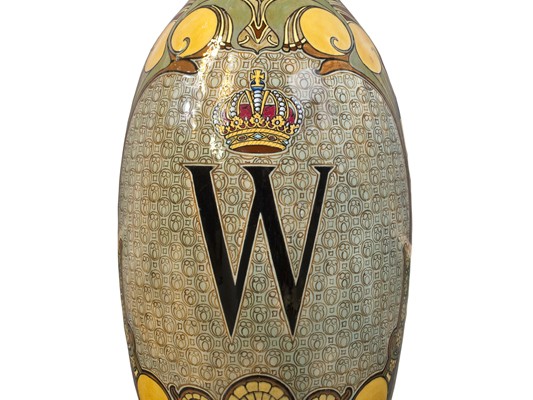 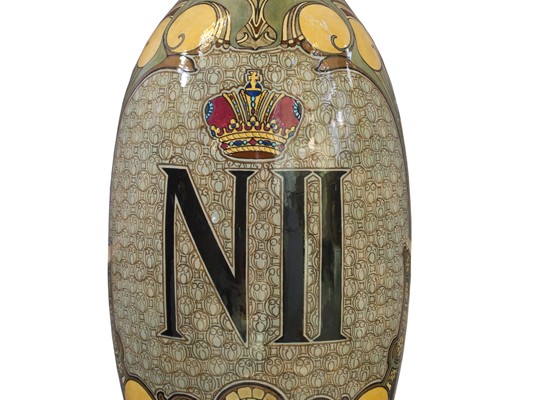 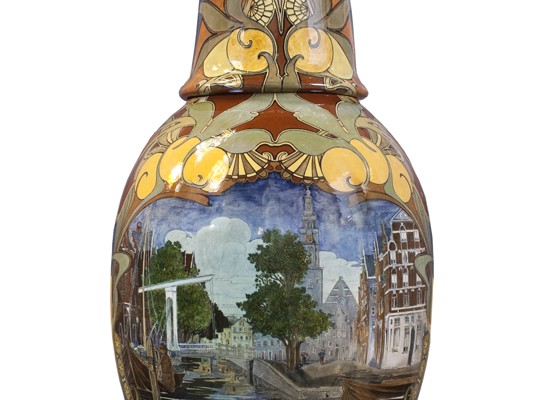 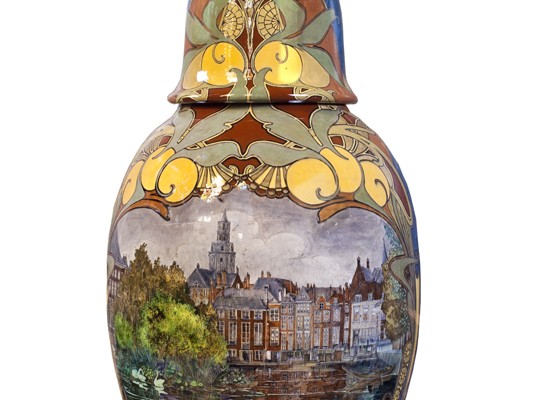 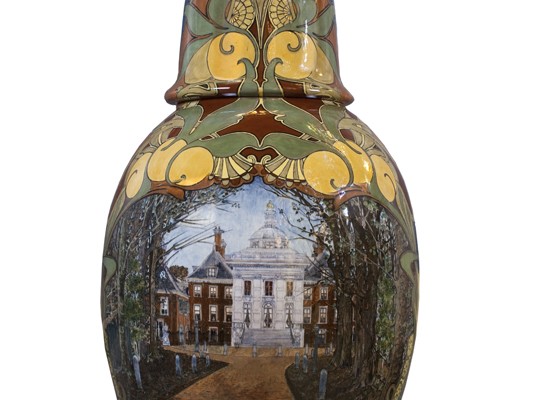