In remembrance of Vartan Gregorian 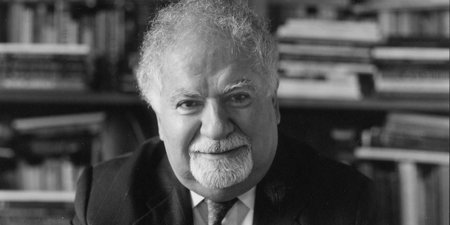 Vartan Gregorian was a unique personality, a steward of Andrew Carnegie’s legacy and an iconic leader. As President of the Carnegie Corporation, he has united the Carnegie institutions worldwide, turning them into a family. He was a connector, warm and personal with an unbridled commitment to do good until his last day.

For the Carnegie Foundation Peace Palace in The Hague, he was a wise counselor and a source of inspiration, especially in difficult times. In addition to his intellectual and moral support, he provided substantial material support for the mission of the Carnegie Foundation and the Peace Palace. During his presidency, the Carnegie Corporation has by far been our largest private sponsor in recent history. With his presidential grant, he has provided the funds to modernize the Peace Palace Library, where public funds were insufficient to make the necessary development towards further automatization and digitization.

Vartan Gregorian, a much awarded scholar and world citizen, also former President and Chief Executive Officer of The New York Public Library (1981-1989), once said: “The library is not only a diary of the human race, but marks an act of faith in the continuity of humanity.” We will miss Vartan’s faith, his humanity, his wisdom and his guidance.

Our thoughts go out to his family and his colleagues of the Carnegie Corporation of New York, who will no doubt look after Vartan’s legacy, just like he took care of Andrew Carnegie’s.

More information on the life and legacy of Vartan Gregorian can be found on the website of Carnegie Corporation of New York.