BogotArt
The Colombian youth organisation BogotArt received the first Youth Carnegie Peace Prize in September 2018 for the project ‘Letters for Reconciliation’. The board of the Carnegie Foundation – Peace Palace selected, together with United Network of Young Peacebuilders and Youth Peace Initiative, the winner out of 32 video submissions, originating from all over the world.

BogotArt is an organization led by young people that uses art as a means to increase social inclusiveness. The project ‘Letters for Reconciliation’ creates a dialogue between disconnected groups in Colombia. According to the jury of the prize, the project in an impressive way addresses the challenge of promoting meaningful youth participation in peace transition processes. Moreover, the project creates protected areas for communication and trusted civic spaces for youth to operate in their local contexts.

Youth Ambassador
Leonardo Párraga, director of BogotArt, will be the Youth Ambassador of the Peace Palace till autumn 2020. “In Colombia, after more than fifty years of warfare, we have seen our community polarized by the scars of conflict. This led to groups that are unconnected and characterized by prejudice and stereotyping,” said Párraga. “We have seen the need for dialogue; civilians and ex-FARC soldiers now engage in dialogue with each other without resorting to prejudice and thus gaining an understanding of mutual humanity. It is a great honour for us to receive recognition for our project, because it shows that young people are able to overcome conflicts and achieve lasting peace”. 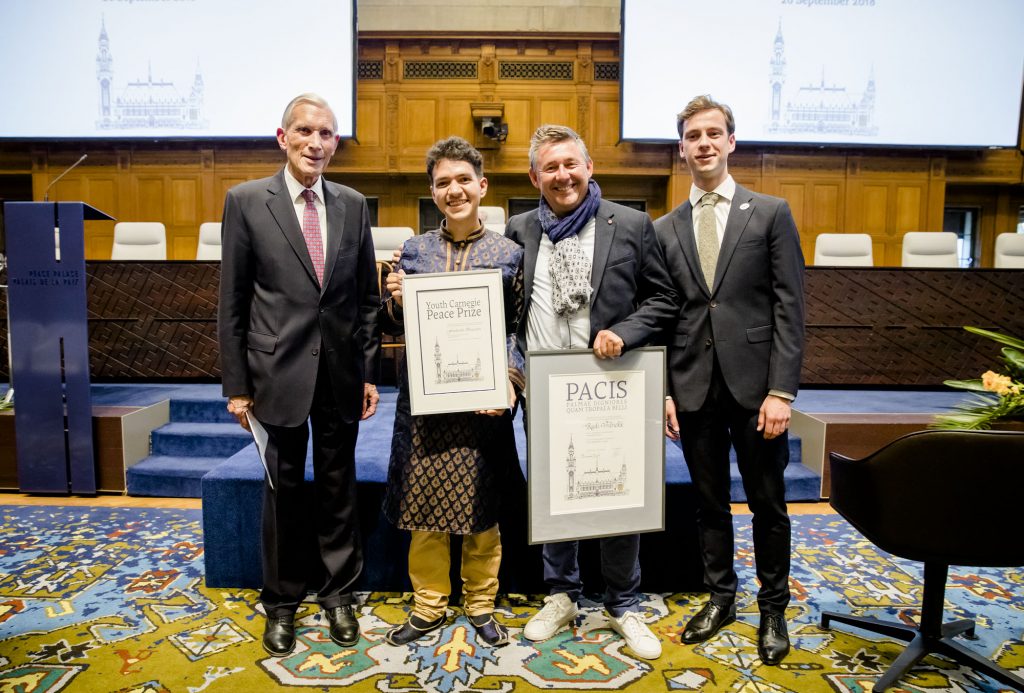