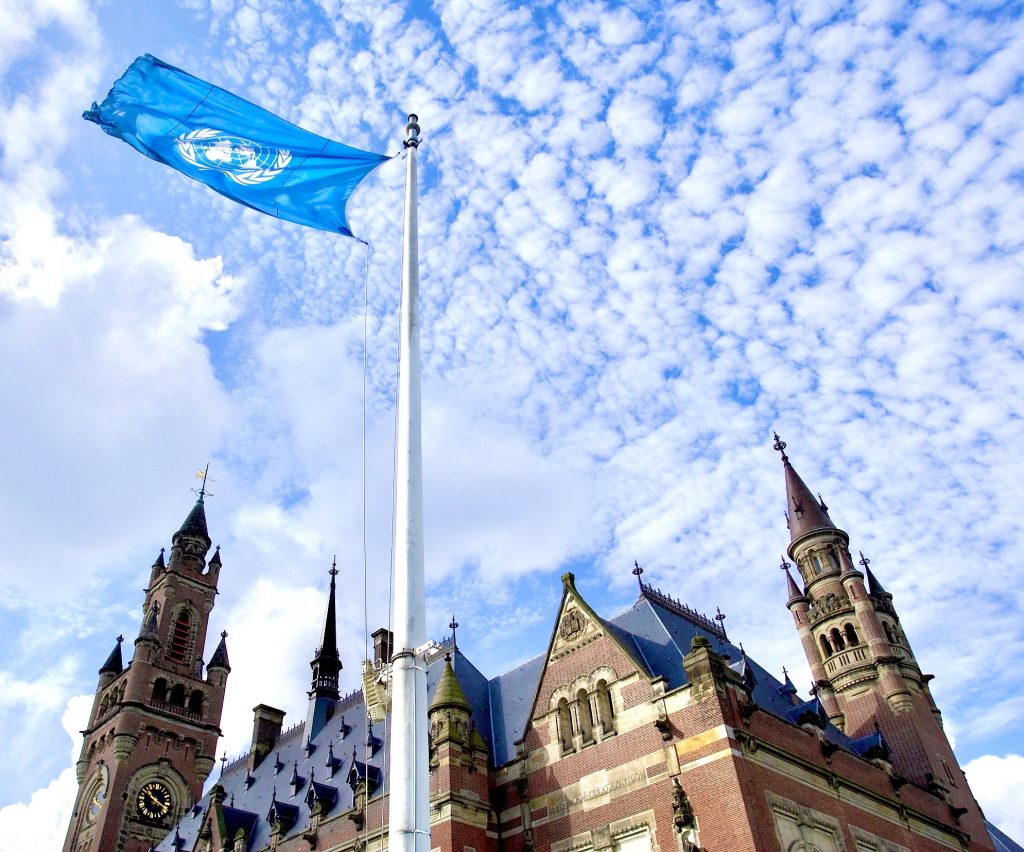 22 October: Concert on the carillon of the Peace Palace
The start of the series of events will be a concert on the carillon of the Peace Palace on Thursday 22 October at 1:00 p.m. (CEST). Heleen van der Weel, carillonneur of the Peace Palace, will perform the ‘Hymne des Nations’ on the occasion of the 75th anniversary of the United Nations. This hymn was written by the Jewish-Dutch composer Charles Grelinger (1873-1942) who studied at the conservatories of Amsterdam and Paris. In 1942 he was arrested and deported to camp Auschwitz. During this journey he died, but his music still lives on. Heleen van der Weel has rediscovered a printed copy of the hymn from 1924 in the Library of the Peace Palace and published three adaptations last year – for voice unison and for voice and piano. Within the framework of 75 years of the UN, the Hymne des Nations was reused for the challenge ‘United Music 75’. In addition to this hymn, other peace songs such as “Let there be peace on earth” and “Alle Menschen werden Brüder” will also be performed on the carillon.

23 October: Television broadcast
Friday evening 23 October at 8:30 p.m. (CEST), Dutch broadcaster NPO 1, in cooperation with the National Committee 4 and 5 May, will broadcast a special programme on 75 years of United Nations from the Peace Palace in The Hague. The NOS registers the commemoration, in which attention is not only paid to the history of the organisation, but especially to the values of the UN, on the basis of personal stories. These stories are supported by music from a large number of artists: Jeangu Macrooy, Giovanca, Douwe Bob, Maan, Ntjam Rosie and Bastiaan Everink. Actor Benja Bruijning is the storyteller.
There is a video message from Queen Máxima and UN Secretary-General António Guterres contributes from the UN headquarters in New York. Presenter Saïda Maggé interviews Karel van Oosterom (from 2013 to mid-2020 Permanent Representative of the Netherlands to the UN) and Jahkini Bisselink (between 2017 and 2019 the Dutch youth representative at the UN).

24 October: Online event: Shaping our future together!
On Saturday 24 October, the 75th anniversary of the United Nations will be marked by an online event from the Great Hall of Justice in the Peace Palace. The President of the International Court of Justice, Judge Abdulqawi A. Yusuf, Minister of Foreign Affairs Stef Blok and The Hague Mayor Jan van Zanen will take part in this event. A dialogue between President Yusuf, Minister Blok and international students will be moderated by the Dutch UN youth representative Hajar Yagkoubi. The stream can be followed online from 5:30 p.m.(CEST).

75 years of United Nations in 75 stories
The municipality of The Hague, in cooperation with the National Committee for 4 and 5 May, Humanity House, Just Peace and Unicef Nederland, made ’75 years of UN in 75 stories’. These 75 stories include personal narratives from, among others, the granddaughter of American President Roosevelt, Unicef employee Krista van den Berg, Peace Palace librarian Jeroen Vervliet and Hague Freedom Ambassador Leila Prnjavorac. The stories are intended to stimulate reflections on peace efforts, security, humanitarian acts and solidarity and can be found online.