On 24 August 1898, at their weekly reception at the Foreign Office in St. Petersburg, the ambassadors and ministers of the major nations accredited to the Russian Court were presented a written statement to be forwarded to their respective governments. In it, the Tsar invited the governments to join an international conference on peace and disarmament. According to the Tsar, he thought it would be better for the prosperity and progress of mankind if governments sat down and talked and concluded agreements instead of being divided and hostile towards one another.

Initially, his call met with a great deal of disbelieve and scepticism. After all, Nicholas II was one of the many European rulers who were building up their military power. And how noble and great-hearted were the motives really that prompted this autocratic despot and monarch, who never felt the pressure from constitution or parliament, to call for peace? It was only after the United States reacted positively that the Russian initiative gained momentum. At Russia’s request, The Hague was chosen as the venue for this first peace conference. 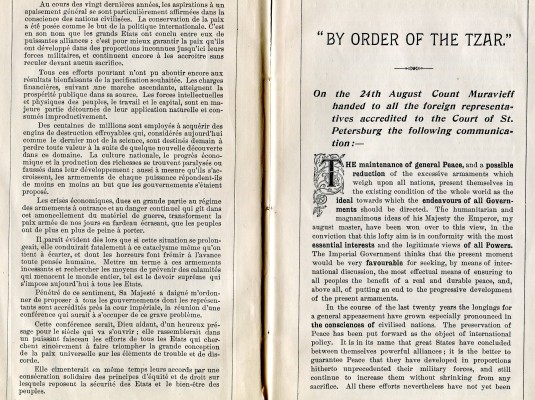 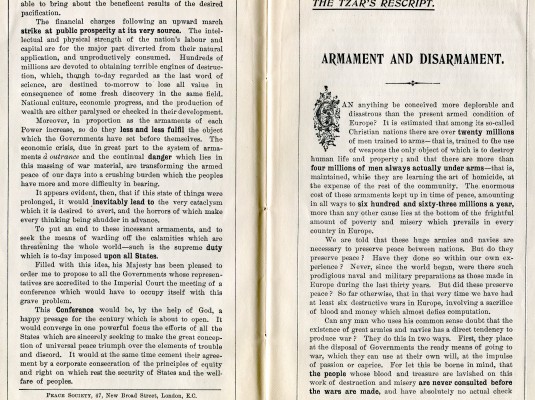 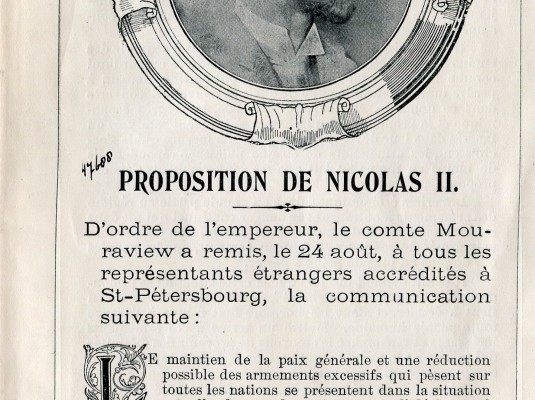