During the Second Peace Conference of 1907 the time was right for the board of the Carnegie Foundation to arrange a special ceremony regarding the laying of the foundation stone of the Peace Palace. The Chairman of the Carnegie Foundation, A.P.C. van Karnebeek, immediately invited Andrew Carnegie as special guest of the ceremony and in addition having the task of conducting the official laying of the foundation stone. Unfortunately Carnegie was engaged elsewhere and therefore not able to attend the ceremony. Then Queen Wilhelmina was asked to do the honors. She was not able to be present either but immediately it was suggested that Baron de Nelidow, the Russian chairman of the Peace Conference, would be the perfect man for the job.

The stone-laying ceremony started at exactly half past 2 on Tuesday the 30th of July. Considering the program and the photographs of the festivities the ceremony must have been a fabulous event. A lot of important guests such as members of the government of The Netherlands, representatives of the Second Peace Conference and members of the corps diplomatique, were present that day.

The ceremony commenced with a grand speech of Van Karnebeek where he stated the importance of The Permanent Court of Arbitration and emphasized the moral values implied in the Court of Arbitration. After Van Karnebeek’s speech the moment had arrived. De Nelidow stepped forward and tapped the foundation stone thee times with a silver morter, in the names of Tsar Nicholas, Queen Wilhelmina and the Peace Conference. He thanked al the people who were involved and called the Peace Palace the perfect counterpart of the Tempel of Janus in Rome and compared the bell tower of the palace with a lighthouse, a beaken that will show the world the way towards peace.

On 30 July 1907 the building of the Peace Palace would start and a beginning was finally visible of a century long development which had lead to the international judicial centre of The Hague as we now know it. 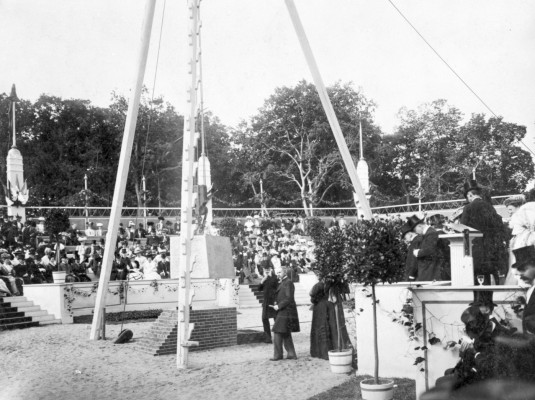 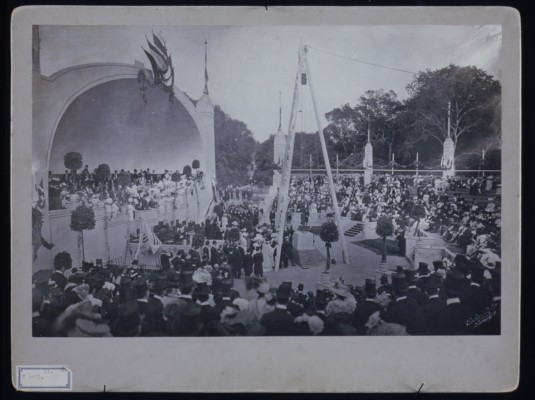 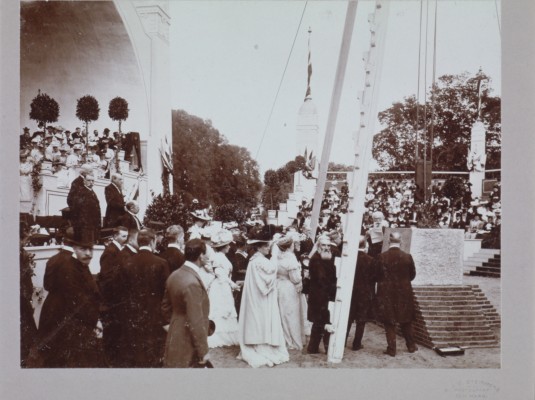 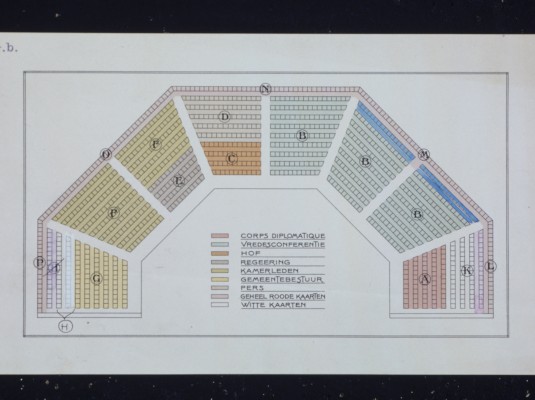 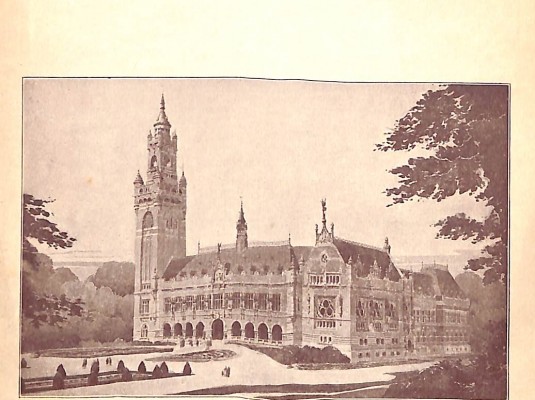 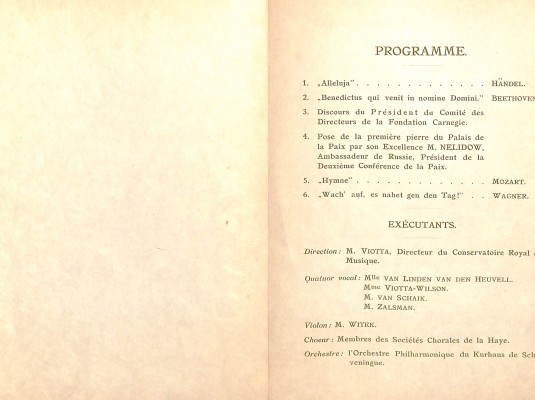