In the Small Courtroom of the Peace Palace, the courtroom of the Permanent Court of Arbitration, an impressive painting of the last Russian Tsar Nicholas II is on display. The painting is a pastel fitted in a gilded frame decorated with olive branches and the crown of the Tsar.

The Tsar is portrayed in a gray neutral background and he is wearing a dark green double breasted overcoat similar to the uniform worn by the entourage of the Tsar between 1880 and 1900. Nicholas’ appearance in this painting is quite modest, without military decorations, perhaps because he is represented here as the initiator of the First Hague Peace Conference.

In the bottom-right corner of the painting a signature AB of a (so far) unknown artist is seen. For a long time, it was thought that the portrait was made by the Hague artist Sophie Hirschmann. However, she produced a very different picture of Tsar Nicholas II at the occasion of the Second Peace Conference of 1907. An image of this painting can be found in a newspaper that was issued at the time of the Second Peace Conference, the Courrier de la Conference.

This portrait was already displayed in 1901, in a room of the first accommodation of the Permanent Court of Arbitration, at the Prinsengracht 71 in The Hague. The portrait moved in 1913, together with the Court, to its permanent housing, the Peace Palace. 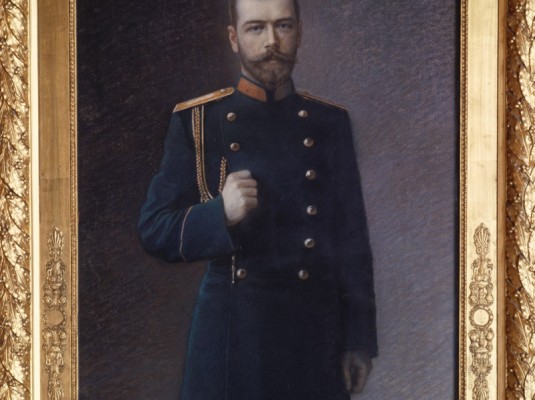 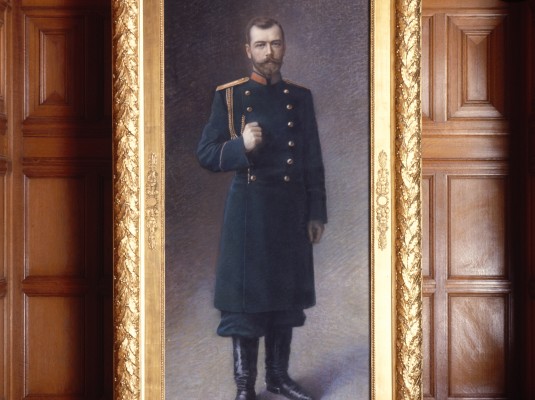 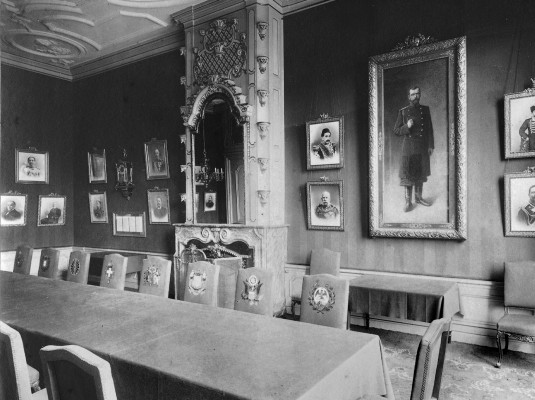 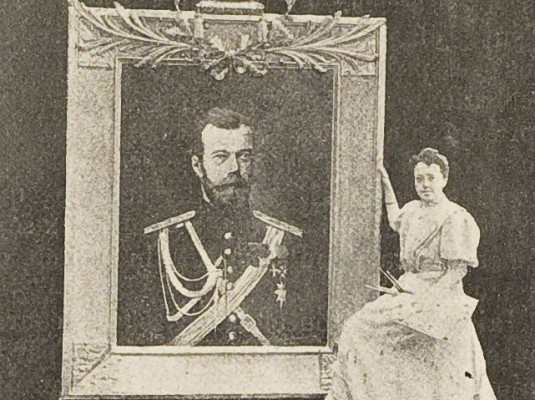