Hugo Grotius’ (1583-1645) escape from Loevestein Castle in 1621 is world-famous. The important jurist was sentenced to lifelong imprisonment that he had been serving since 5 June 1619. During his captivity, Grotius was allowed to continue studying and writing, for which he regularly received a chest full of books.

The books needed for this, were brought from the city of Gorinchem in a book chest to Loevestein Castle. The book chest was rigorously controlled at first, but later the control loosened. As a result, a plan was forged to let Grotius escape. He trained to lie still and silently in the book chest. The training always lasted two hours at a time, the exact duration of the crossing of the Boven-Merwede river at Loevestein Castle to the city of Gorinchem.

On 22 March 1621, he managed to escape from the castle hidden in his book chest, with help of his maidservant Elsje van Houweningen. Due to the celebration of an annual fair in Gorinchem, the book chest was not checked. The escape was successful. Grotius escaped just before the end of the Twelve Years’ Truce during the Eighty Years’ War.

“Mare Liberum” (The Free Sea) was written by Grotius in 1609. In this thirteen chapters booklet, Grotius states his ideas of the principle of the “Free Sea”. According to Grotius, the sea was to be considered international territory and all nations were free to use it for trade; a very controversial view for that time. “De Iure Belli Ac Pacis” (On the Law of War and Peace) was written by Grotius in 1625 during his exile in Paris. In this work, Grotius investigated and explained when war is justified and what the causes and rules of war are.

The Peace Palace Library holds one of the greatest collections in the world of the old and mostly first editions of Grotius’ books. 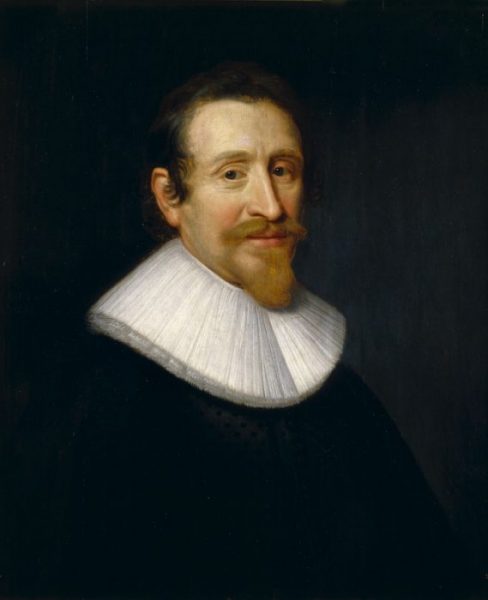 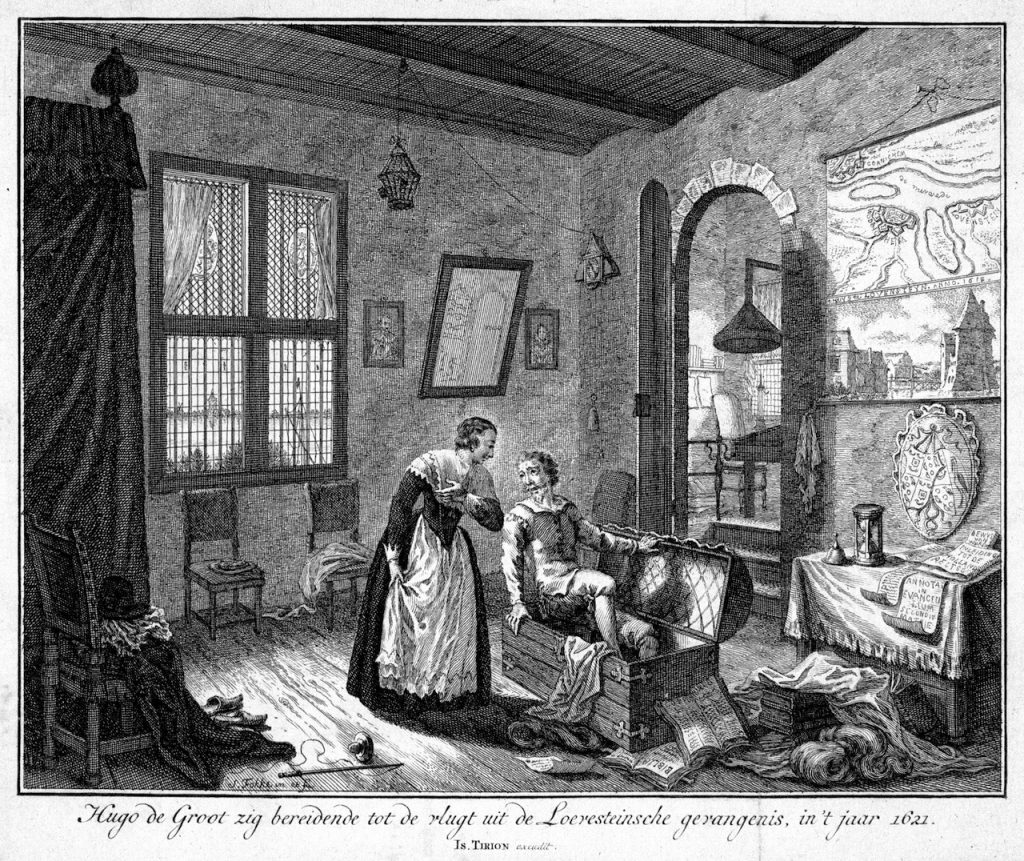 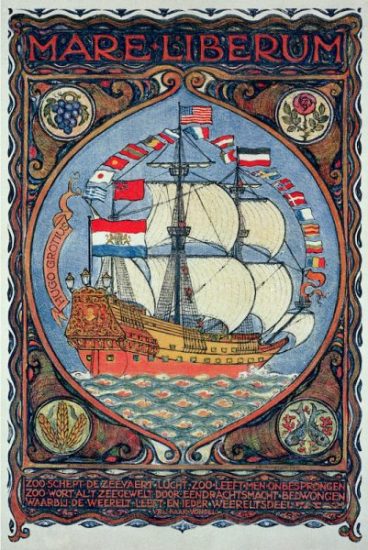 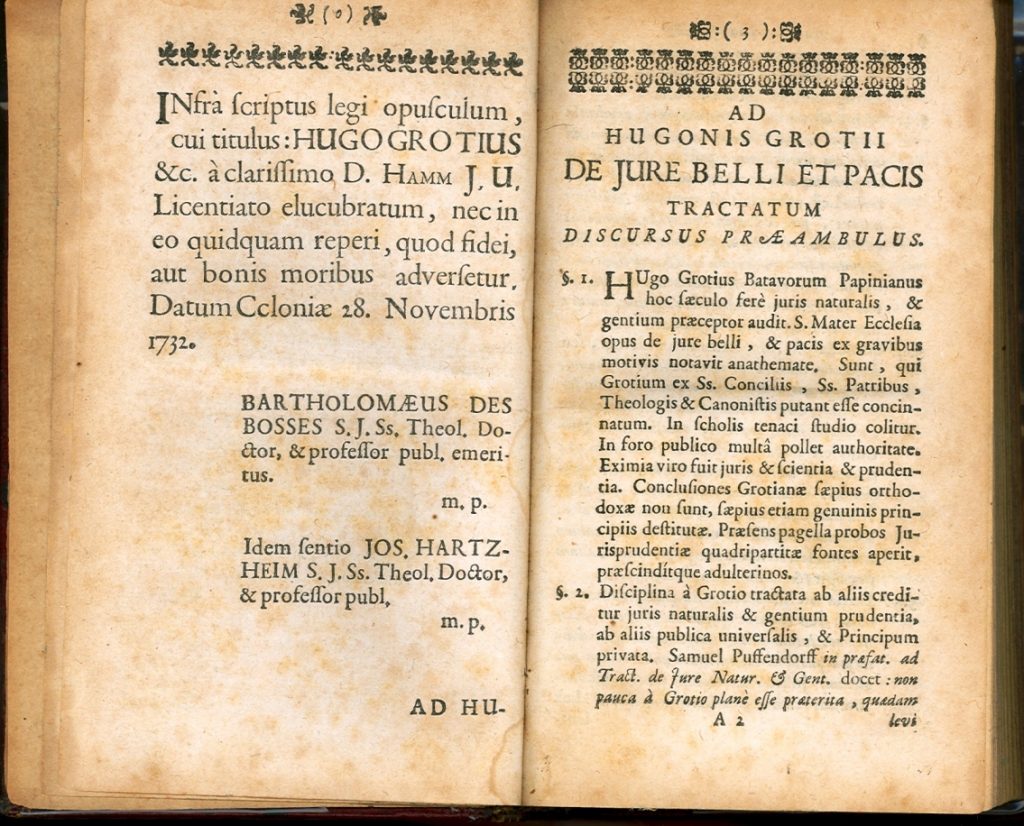