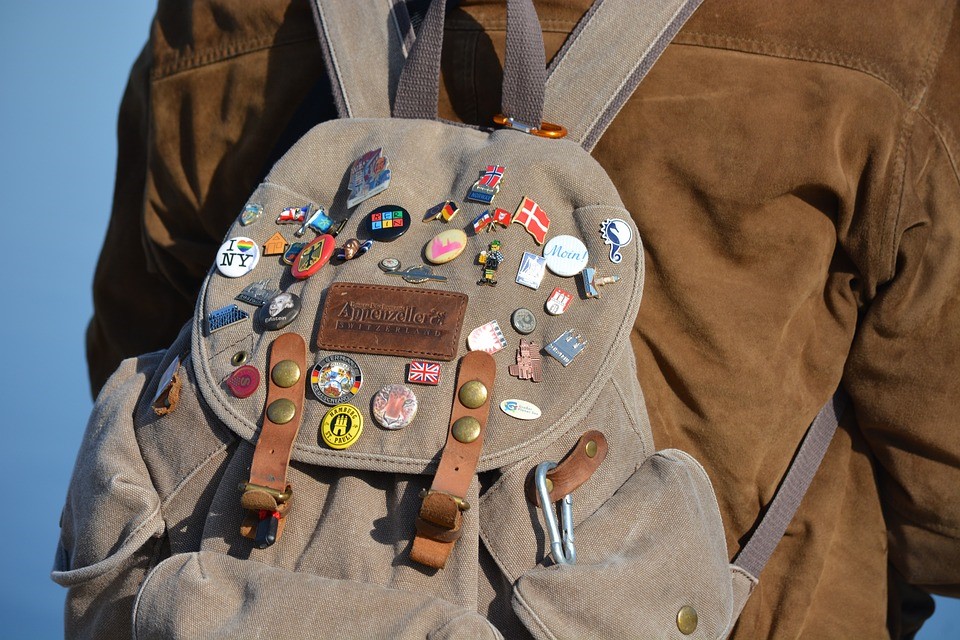 Nowadays, we constantly travel the world. Travelling means learning new things, meeting new people or perhaps throwing yourself into a totally different culture with the  promise that you’ll never come home as the same person.  It was the same for artists in centuries gone by – a trip to Italy to study classic art was almost a rite of passage for any budding artist! Herman Rosse also made this trip but it wasn’t the old style of art which captured his imagination, it was the Land of Opportunity, the American Dream and the endless new artistic possibilities which drew him westwards after finishing his studies in London.

Travels made a decisive impact on Herman’s life. Still in his early twenties, he travelled all over California with a tent and fell in love with America. He slept under the stars, living the romantic life of a Beat poet forty years before it became fashionable. Aside from the experience giving him knowledge and skills, his time in the United States expanded his professional network and deepened his love of theatre and the dramatic.

But how did his travels in America impact his style and his career?

University and The Artists’ Commune

Architecture had clearly appealed to Herman throughout his education and he continued to broaden his interest by studying it at Stanford University, California. Stanford is and always was a top-ranking university in the U.S., even at the time Herman attended during 1908-1910. Although he never completed his education in Holland or at the Royal College of Arts in London, it is quite amazing that he managed to enroll onto a course in one of the most prestigious universities in the United States.

Clearly, it was either Herman’s enormous skill or enormous charm that worked in his favour here!

The Arts and Crafts movement had become of special interest to Herman. During his studies he went to Carmel-by-the-Sea, California, to provide watercolours and oils at the Third Annual Exhibition of the Arts and Crafts Club (1909). This club was an artists’ commune which Herman became involved in because it supported his interest in the movement. Although a similar, closer commune had already existed in San Francisco, it was elitist and didn’t support those with an interest in Arts and Crafts the same way that Carmel did. The Carmel commune was a relatively new project and so it was a fresh breeding ground for new thoughts and ideas.

While Herman was in the Carmel commune he met Herbert Heron, who had a background in theatre and established the Forest Theatre in Carmel in 1910 – an amphitheatre which was set in a forest and where plays were held in the open air. Having been a member of the Fabian Society in London, Herman had already been interested in going to the theatre. However, the commune helped to nurture more active participation as Herman was known to have helped create sets for the Forest Theatre plays. The first inklings that he would later go in to stage design surfaced in Carmel, and it was a place to which he would return many times throughout his life. 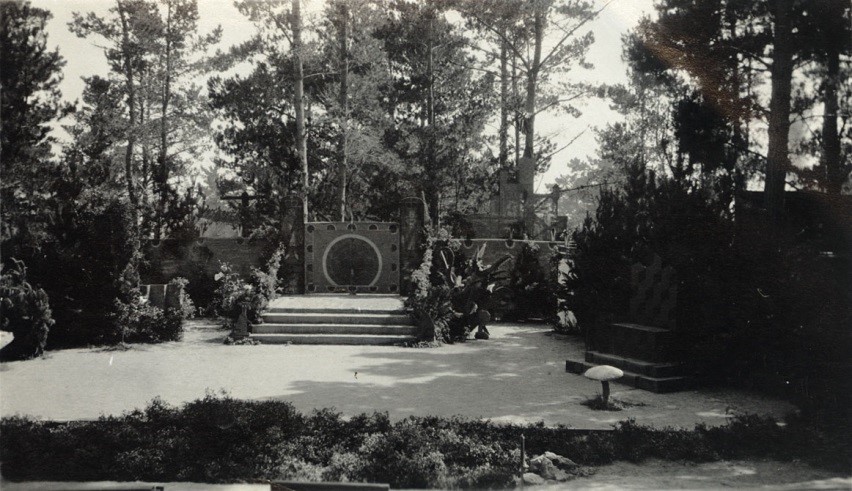 Forest Theatre, Alice in Wonderland, 1912. Rosse would have worked in this space, but did not necessarily work on this particular stage design

Something had clicked for Herman in America.

His strengthened knowledge of architecture, combined with his background knowledge of ornamentation and design informed his final designs for the interiors of the Peace Palace and his later career. Graduating with a Bachelors of the Arts in Architecture, he felt at home in the States and would often dream about returning when he was elsewhere in the world. America was so important to his life that he later became a Dutch-American citizen. But although his first love, America, would always draw him back Herman would keep on travelling to broaden his horizons.

The new destination provided opportunities, but it was Herman’s ambition which seized them. Travel meant that he could expand the range of what he was capable of doing – he learned a new subject, met new people and got involved with theatre in a way that he perhaps hadn’t done before. The American experience appeared in Herman’s designs for many years to come, and in a future blog we will explore how it affected his utopian designs for a rejuvenation of The Hague and the nearby seaside resort of Scheveningen. 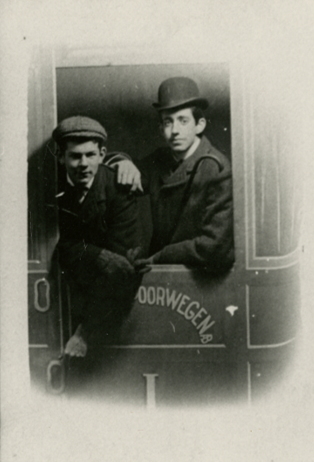 Rosse (left) on the train.

Coming up in our next blog: the costume and theatre of the Far East captures Herman’s imagination and fuels his designs for the Japanese Room.

Would you like to learn more about the interior design of the Peace Palace? Guided tours are run regularly and a special magazine about Herman Rosse and his decorations is available on our Webshop and in our Visitors Centre.